What is the principle of wireless charging?

Wireless charging has been in the market for a long time, there are multiple wireless charging standards, but but with the release of Galaxy S8, the iPhone X, iPhone 8, and iPhone 8 Plus, Apple now supports Qi-based wireless inductive charging on its latest phones, other standards are essentially dead, needless to say: Qi is the future of wireless charging. In addition most of Android phones support Qi too, so this time for Apple and Android start using the same standard.

How does Qi wireless charging work? 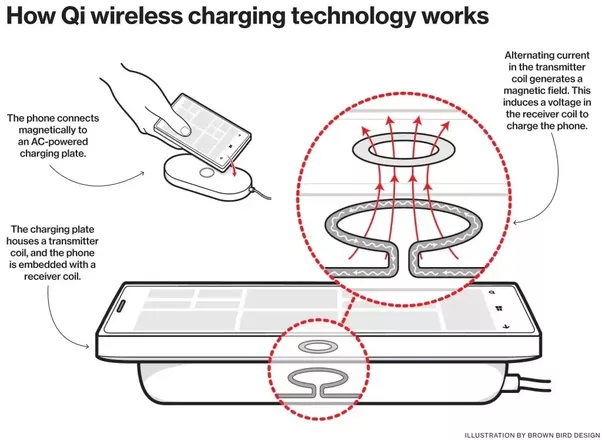 Qi is a simple and low cost technology, but the shortcoming is the mobile have to keep close to the wireless charging pads.

The difference between the wireless charging of iPhones and Android Phones.

For some Android phone, most of them support Qi Wireless Charging, and some phones support up to 15W. E.g. Galaxy S9/S9 Plus.

So iPhone X/8/8 Plus support quick-charging speeds with up to 7.5W of power, but you have to use a wireless charger authorized by Apple, and you can also wait for its own AirPower wireless charger. For most Android phones, it will be easy to make the decision, just choose Qi Wireless Charging stand.

Other features that should be considered for a wireless charger.

Here are our selection of the best wireless chargers: 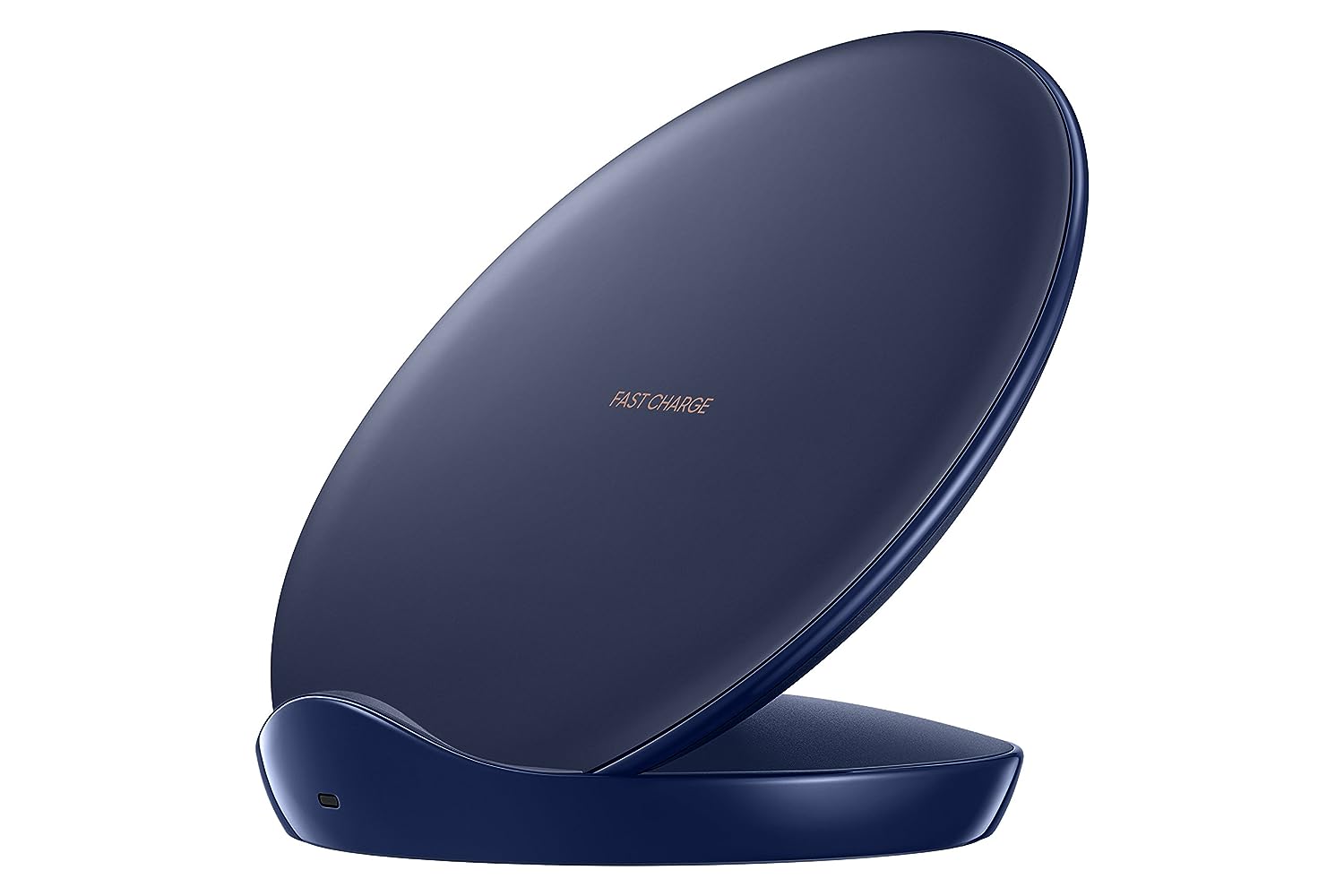 iPhone 8 has been released for nearly one year, this also means that we have waited for Apple wireless charger for nearly a year. I think they need more time to complete it. Fortunately, Samsung has released it’s new version of Qi Certified Fast Charge Wireless Charger Stand (2018 Edition). Compare to the previous version, the total charging time is reduced by up to 50 minutes.

Of course, some of the previous features, such as cooling fan, Qi certified, Fast Charging Wall Charger with USB-C (Type C) Cable are kept down.

For wireless charger, there doesn’t have so many technology. The main concern is charging efficiency and appearance. In general, there is nothing wrong with brand products. It’s a decision to choose samsung’s fast charger. 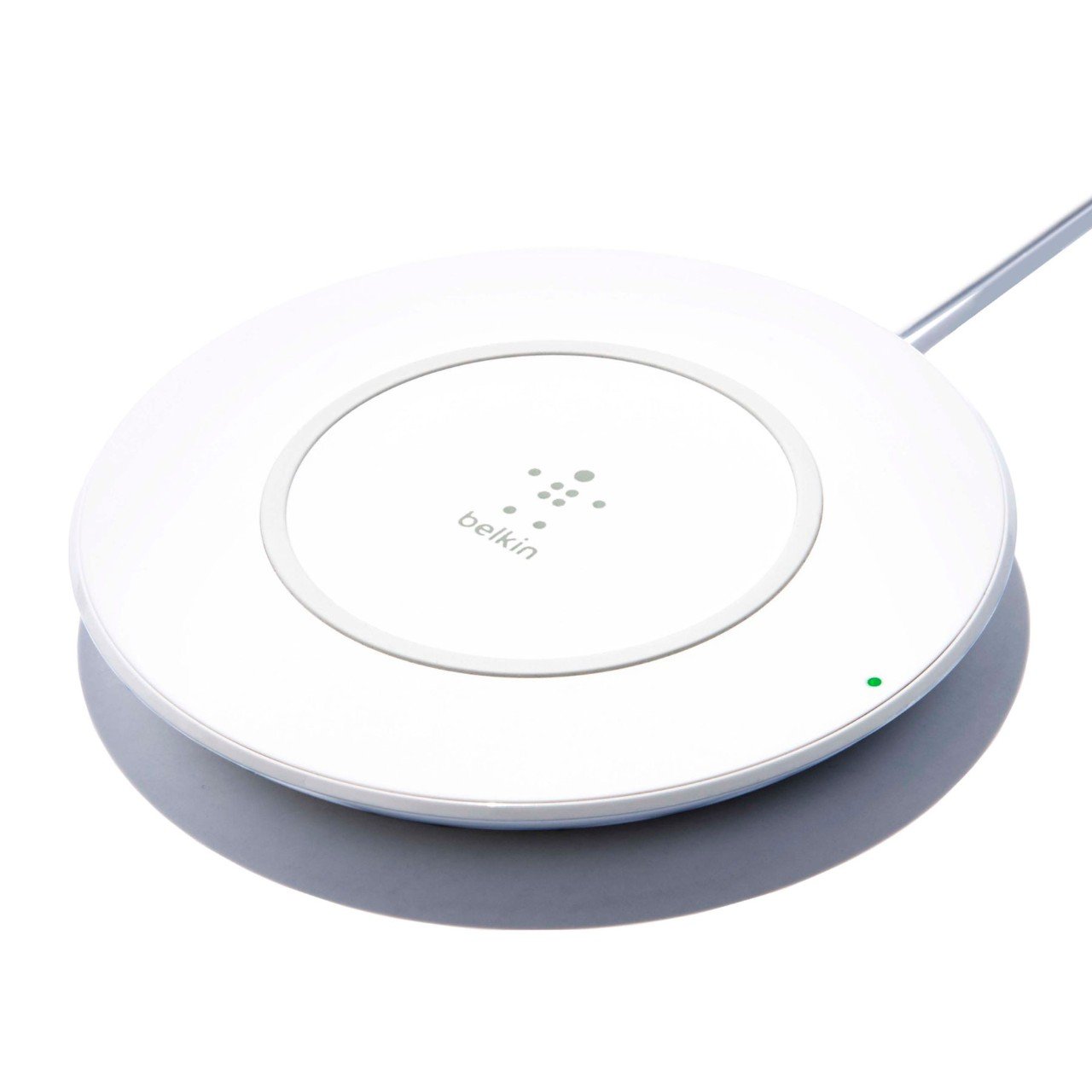 Belkin is an famous American manufacturer of consumer electronics that specializes in connectivity devices (From wiki). That’s why they becomes the supplier of Apple. For the Wireless Charger, the biggest feature is wireless 7.5W fast charging output is optimized for iPhone 8, iPhone 8 Plus, & iPhone X. And it support up to 3 years of protection after you register your charging pad at Belkin.com. 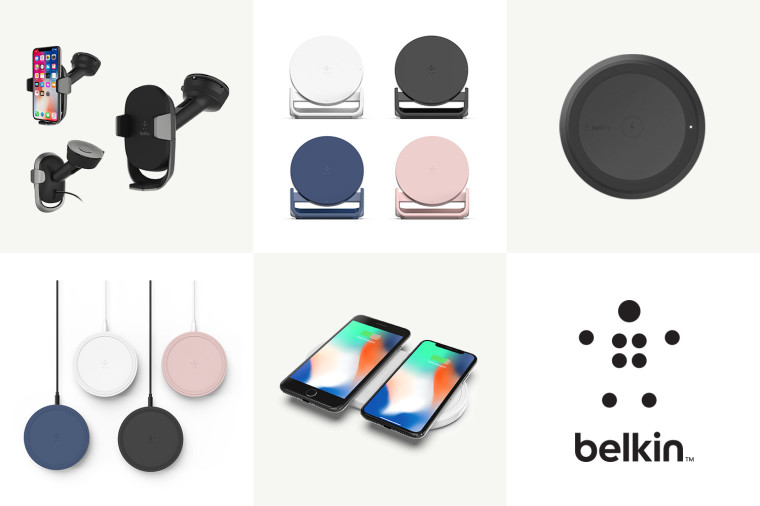 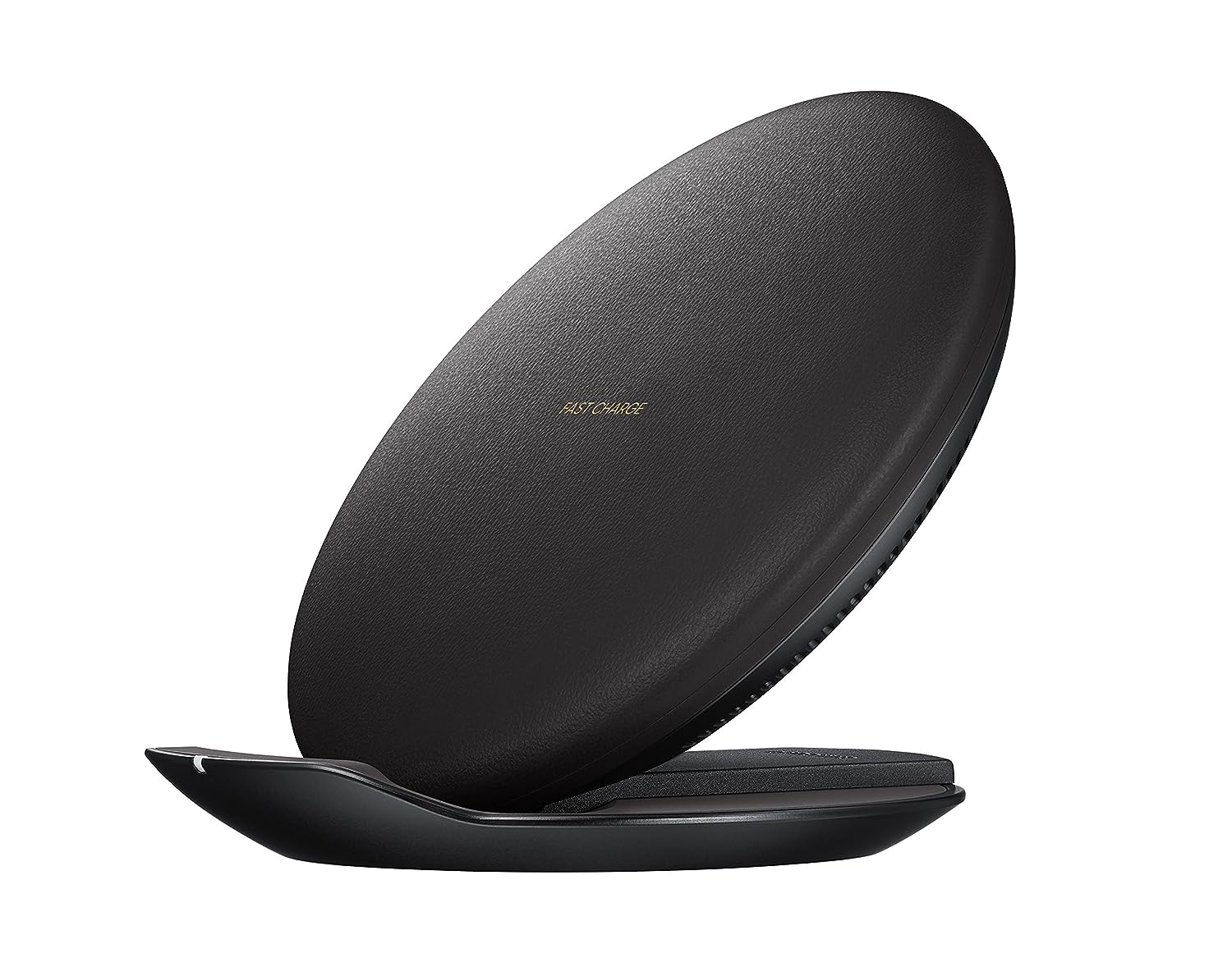 Fast Charge: It’s up to 9W wireless Fast Charge on select smartphones. For iphone with the iOS 11.2 update up to 7.5W for fast charging. 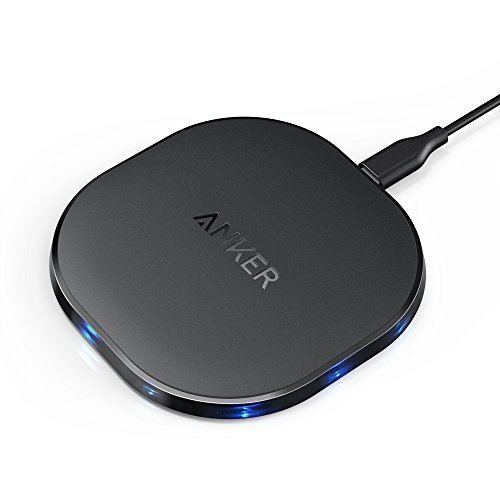 Anker is a new company, at the beginning it is mainly used to produce portable charger. With the development of company, Wireless Charger is also one of a main product of it.

For the design: it is not special, but there are still some people love it. A circle of non-disruptive breathing effect LED can quickly show charging status. Not a circular design can considered a feature.

Fast Charge: it has a Fast Charge Mode enables wireless charging up to 2X faster. Normal Charge Mode for Nexus 5/6/7, iPhone 8 (Plus), iPhone X, but only Fast Charing for Galaxy S8/ S8+ S7 edge / S6 edge+, and Note 5 (please according to the instructions). Its price is only half Apple’s recommendations. 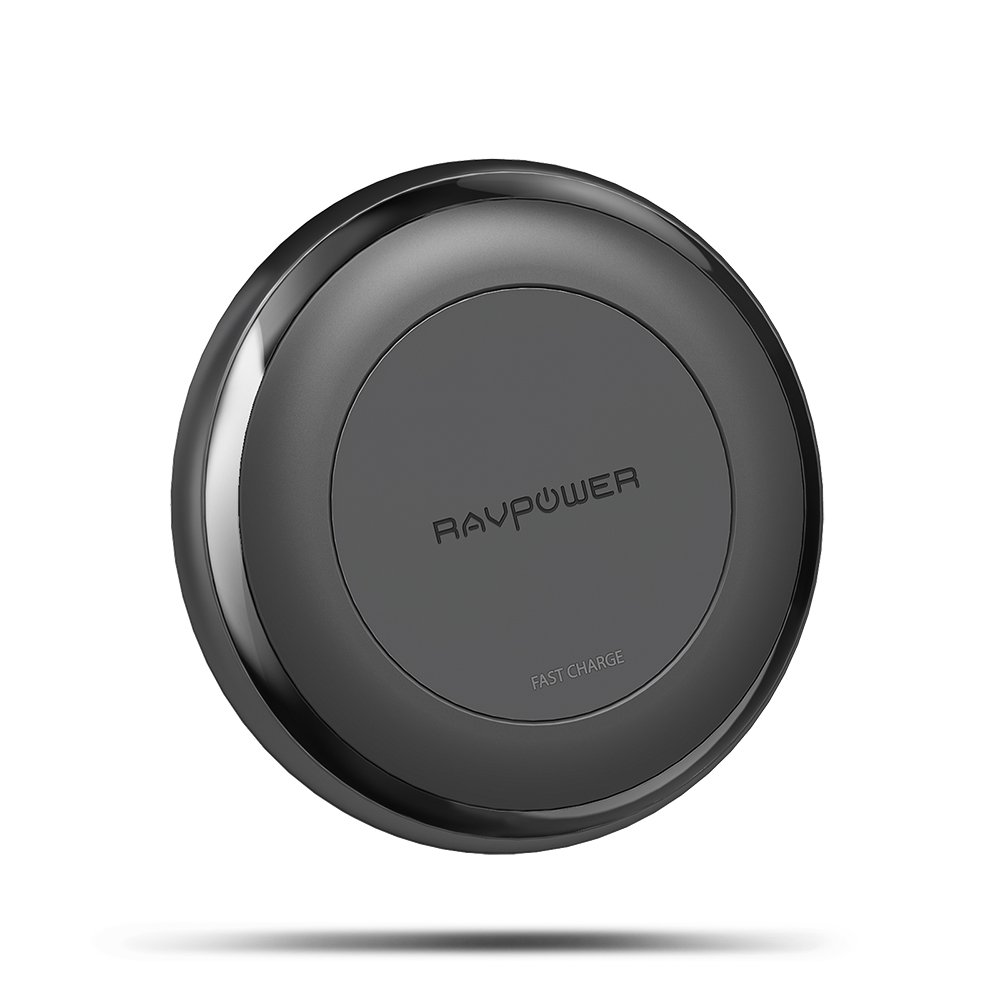 RavPower is one of the most popular charging accessory companies around, competing with the like of Anker. With the feedback of the market, the company proved to be adept at making wireless chargers.

In addition, it’s price tag is cheaper than Samsung and Belkin. However, compared with anker, the main difference is design not price, and they are all a good choice to replace official.

Performance, the RavPower Fast Charge outputs up to 10W of power for some android devices, up to 7.5W for iPhone X/8/8 Plus, and All Qi-Enabled Devices. While quick charging doesn’t offer as significant of an advantage as it does with wired charging, it’ll still cut down on your charging time.

There are a few downsides, e.g. normal appearance, and it’s a flat charger, so it can’t be allowed for a propped up or angled placement. 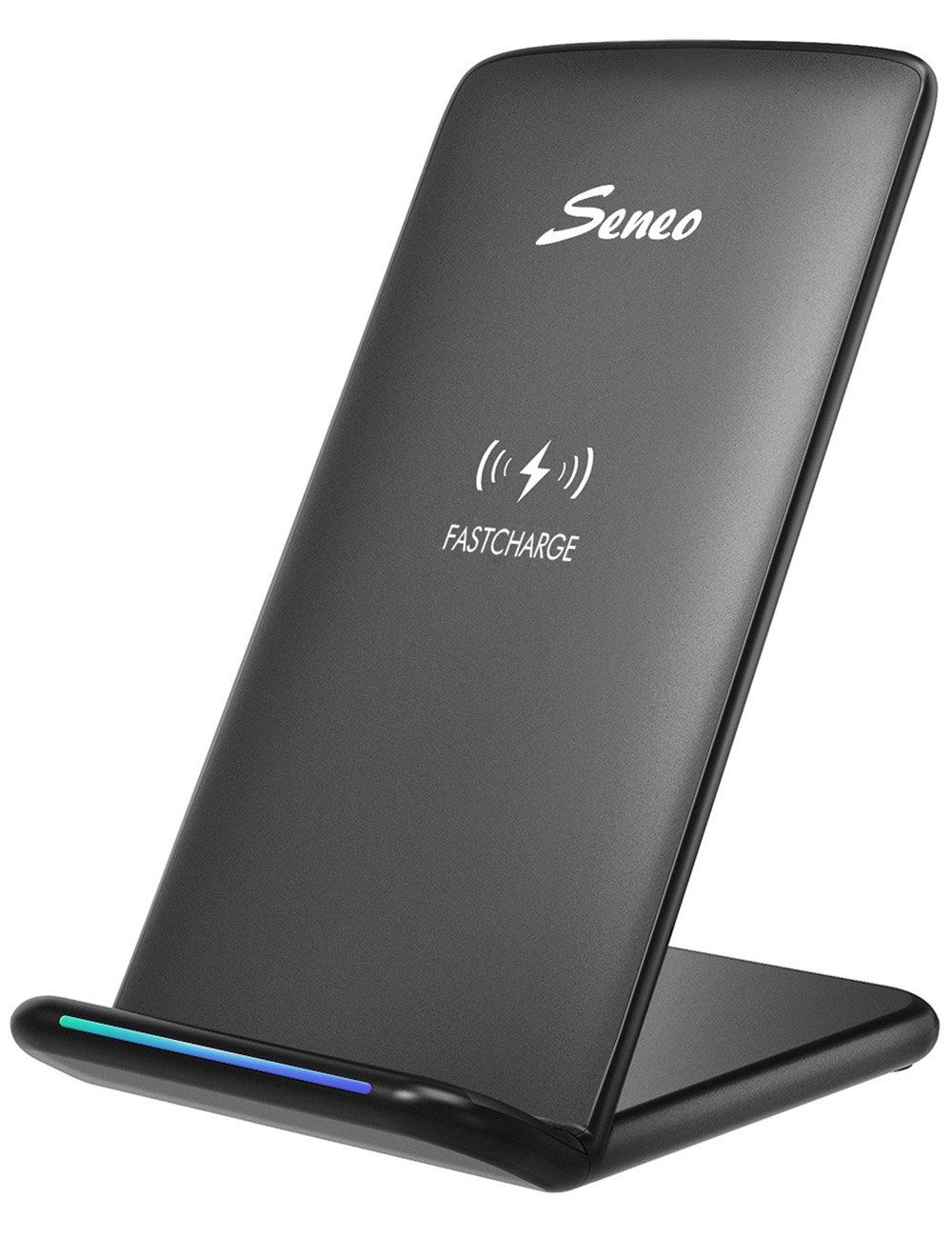 Relative to the above wireless chargers, its main feature is it stands and the price is affordable.

In addition, it only cost a third the price of Samsung Fast Wireless Charger, works with a case on, and takes up less room.

Since it only works with iPhone in standard wireless charger modes, and the light will keep on green and always in charging status even if a phone is fully charged, I won’t recommend for iPhone users. 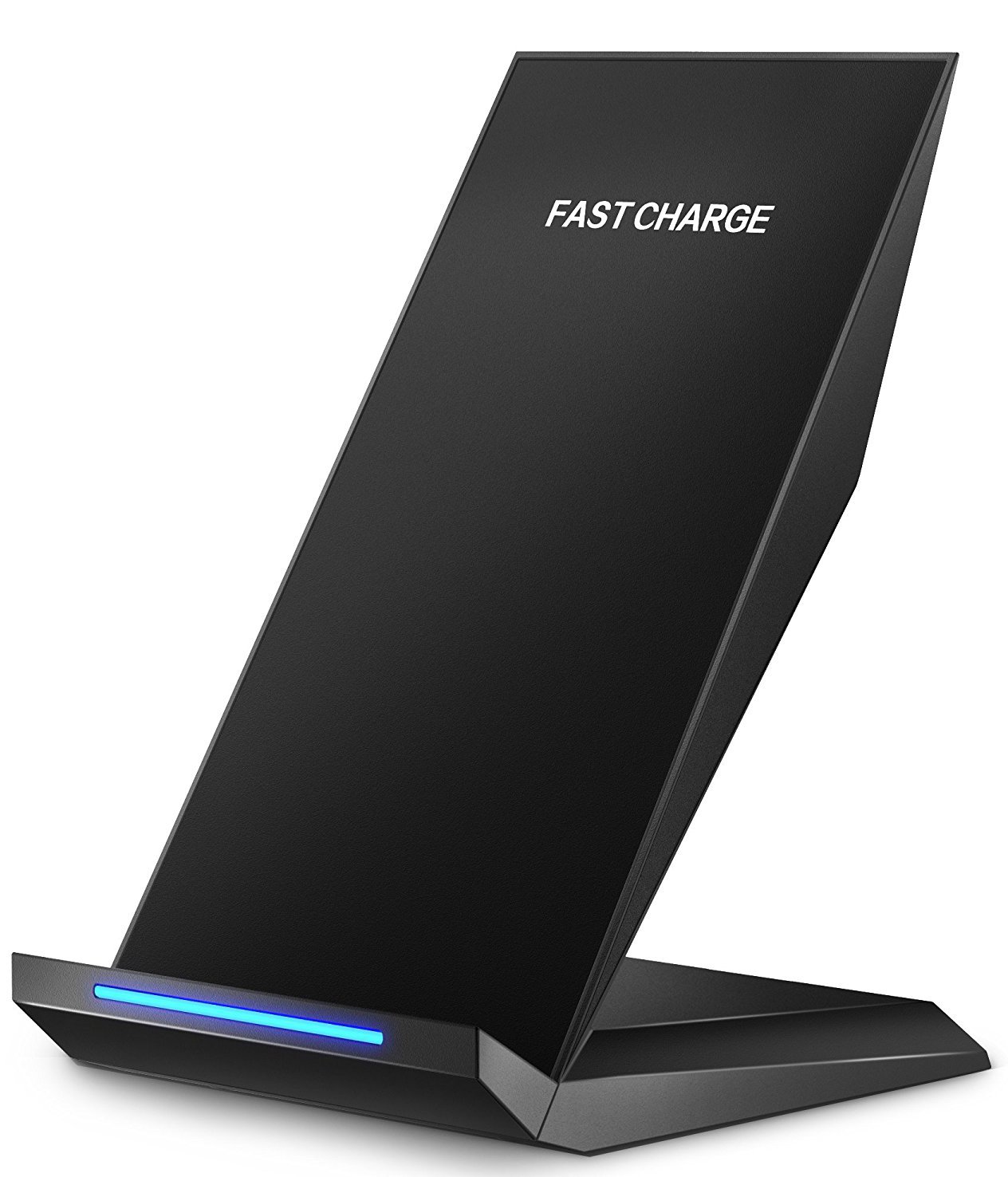 It can power a Samsung Galaxy device from dead to fully powered in around two hours. That’s a full 1.4 times faster than a standard Qi-enabled charging pad. But only support regular wireless charging speeds for iPhone X, iPhone 8, iPhone 8 Plus and other qi-enabled devices.

The design of the Pasonomi is eye-catching, with both vertical and horizontal charging is supported while still allowing active use of the device. Additionally, an intelligent LED indicator indicates shows the status of the current charge status, so you’ll always know when the device is ready for removal.

This is a great video visually explains how does Wireless Charging Work?

If you are iPhone user and perfectionist, Belkin and mophie are the only choice for you. If you want a lower price you can checkout: Anker. In addition, Samsung is more expensive, but I like its design and the wireless charging technology is better than the others.